Jen drew horses constantly as a child, so from a very early age so is very familiar with their anatomy. The large scale animal paintings came about after a commission of a 7’ friesian cow for the Television presenter Gabby Logan; this large scale work has since lead to tremendous success. For thousands of years the horse has been used as a symbolic or metaphorical figure conveying notions of spirit, strength, nobility and freedom. And it is that open context that allows the possibility of many readings.

“Horses embody a wonderful physical combination of arches and bridges, power and grace making them a great subject for the manipulation of form……as controversial as painting was and is I could not help but be seduced by the visceral quality of paint, the power in a few strokes to communicate light, energy and movement.” 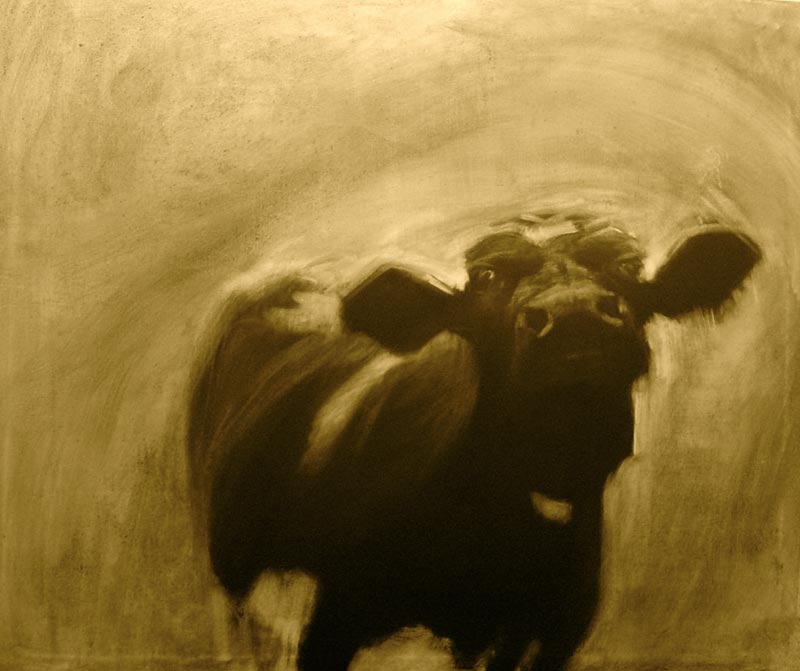 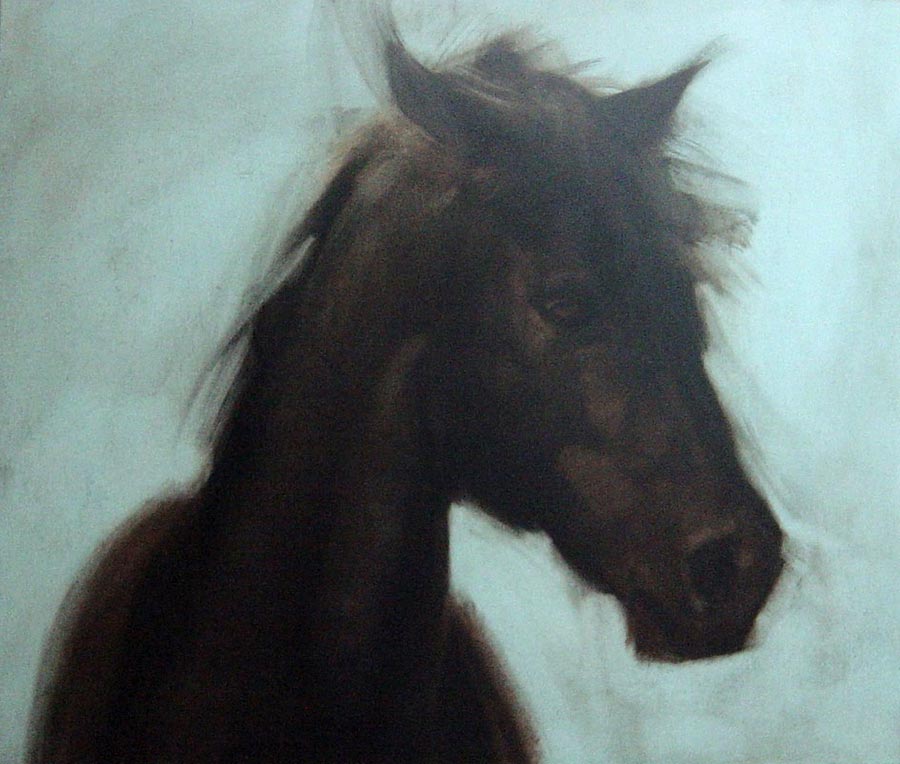 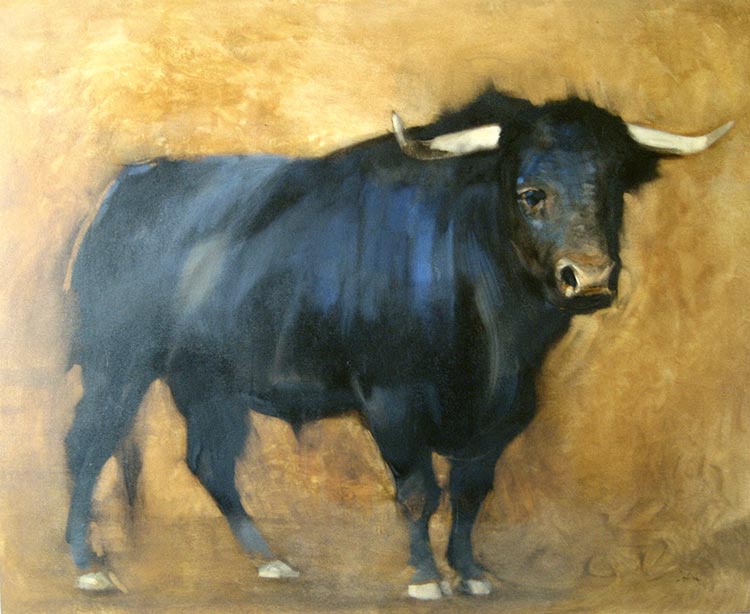 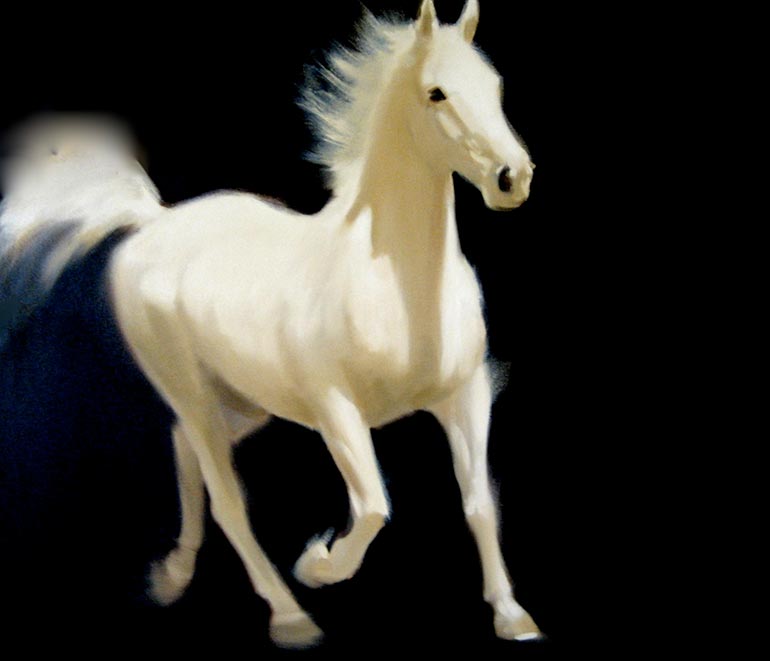 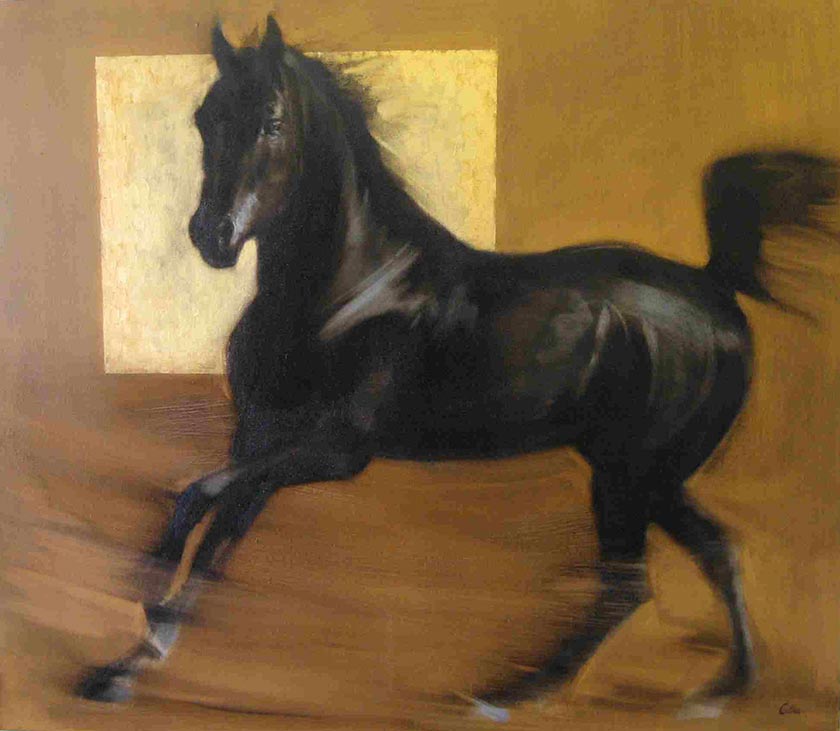 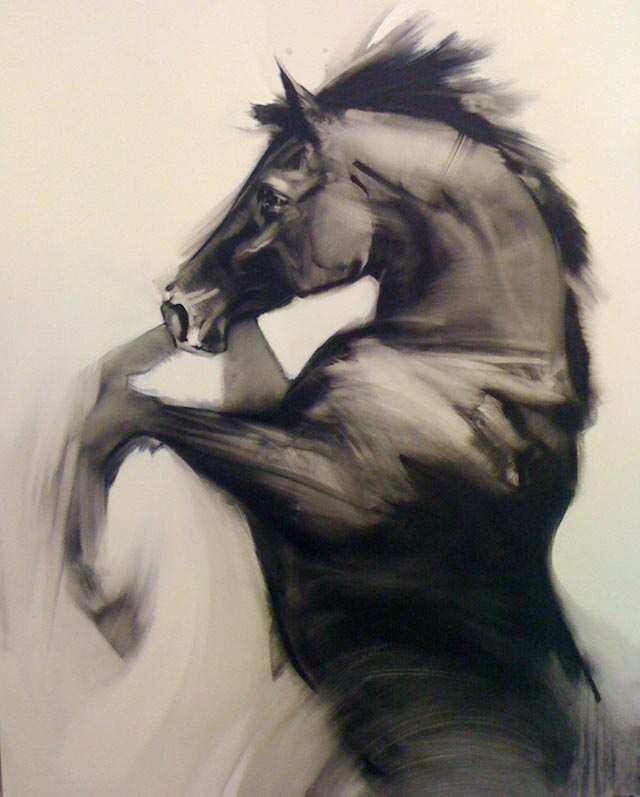 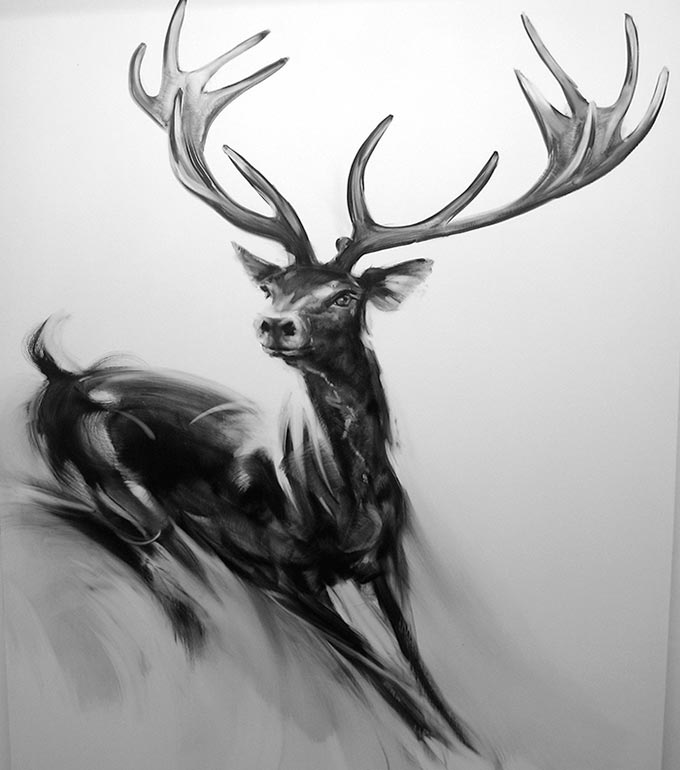 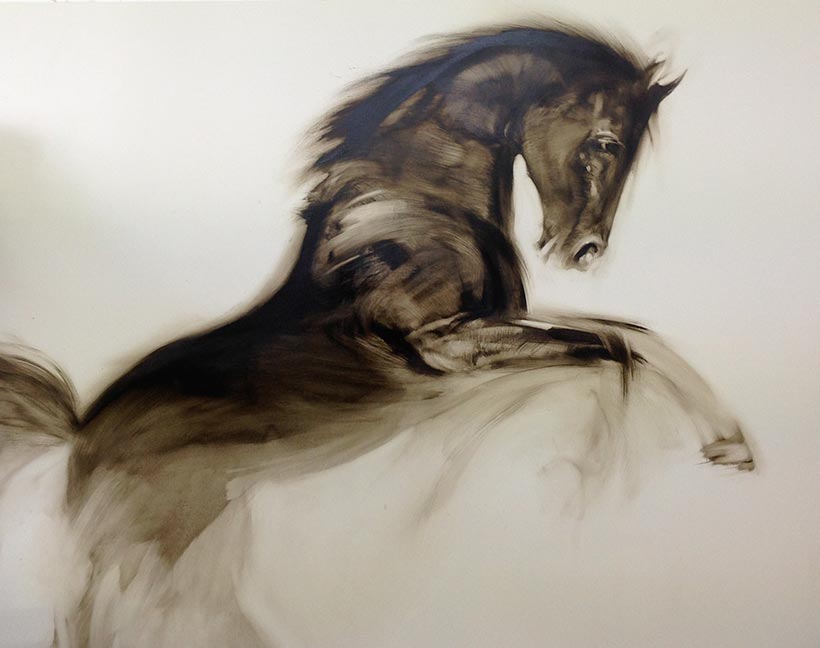 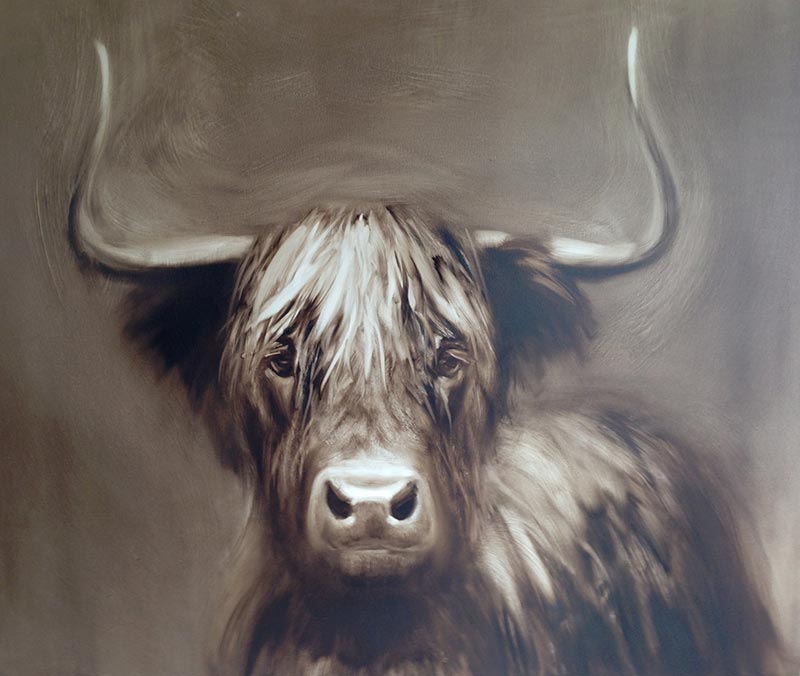 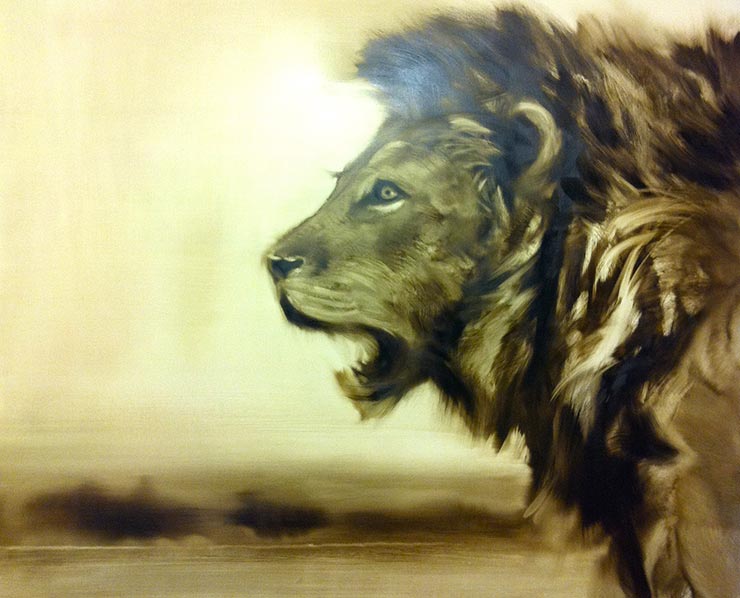